"The single most important thing you can be to someone else,
if only for an instant;
is to be an inspiration."
- Dr. Robert Ing

The price of success is time. - NOT money.

"Dr. Ing is truly a twenty-first century member of
the League of Extraordinary Gentlemen."
- Paul B. Hedges, Channel 81 Productions

Robert Ing, DSc, FAPSc, FInstMP(UK) is a Canadian forensic scientist, mentalist, author, adventurer and video presenter. As a forensic specialist he has made frequent appearances on major television news and talk networks on issues of national security, espionage risk management, privacy issues, identity theft, electronic surveillance and technology crime. A recognized authority on technical security and investigation, Dr. Ing has given workshops and lectured extensively on forensic intelligence issues under the auspices of the federal governments of the United States and Canada. An advocate for science literacy and awareness, he has been the host of several video documentaries for public broadcast in North America and the United Kingdom.

As a mentalist he performs interactive mind reading and paranormal demonstrations on stage for live audiences. In this role he is best known for his theatrical performances of nail gun roulette and a 19th century inspired bullet catch.

He is a Fellow of the Academy of Police Science and a Fellow of the Institute of Meridian Psychotherapy. A respected and multi-disciplined professional, he has been the recipient of many awards such as the Kaufman Humanitarian Award, Emergency Services Medal, the Norris R. Browne Memorial Award, the Warrior's Medal, the Venerable Order of the Knights of Michael the Archangel, and the Sovereign's Medal to name a few.

Dr. Ing is available as a media spokesperson, lecturer, speaker and for performances as a Magician of the Mind in Canada and The United Kingdom. 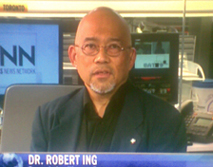 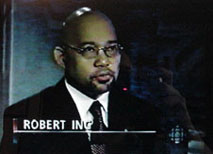 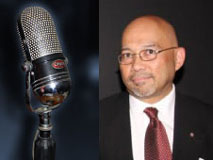 "Robert is an excellent communicator who has helped us numerous times to unfold stories that pertain to concerns about Internet sleuthing, privacy and threats to privacy."
- Darryl Konynenbelt, Canwest/Global Television